How does hydro energy work

How does hydro energy work 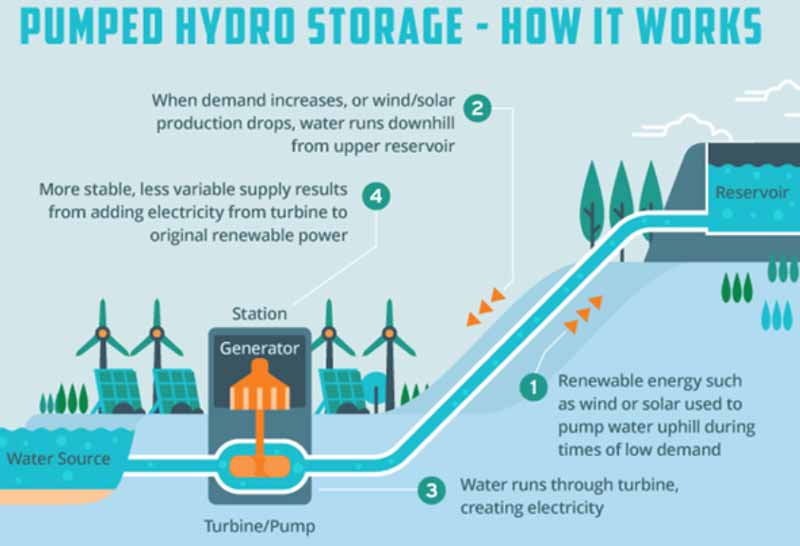 The size of the power plants varies and depends on the individuals who operate for their own energy needs or to sell the power to other utilities. The sizes can be categorized as large, small and micro hydropower.

There are six major components involved in the working of the hydroelectric dam. They are 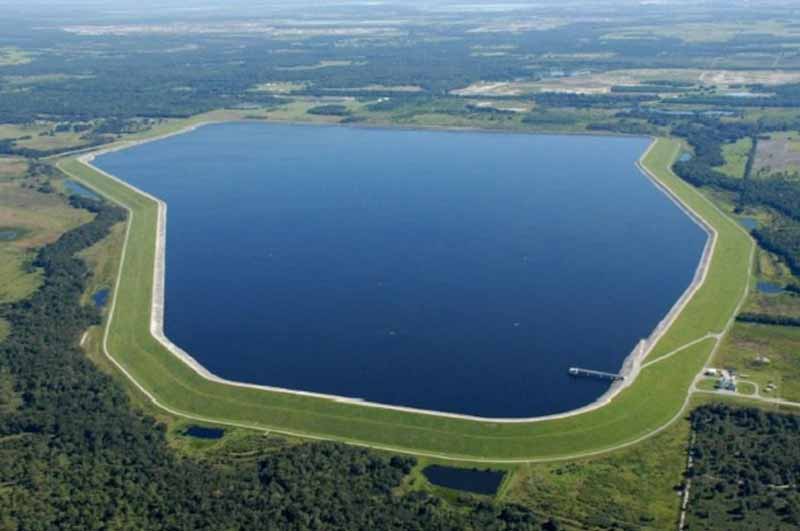 Dam: Dam is a barrier that holds the water or underground streams. It is the most important component of hydroelectric power generation. Generally, the dam is built on a large river which has water abundantly throughout the year and also built at a location where the height of the river is sufficient to get maximum possible potential energy from water. 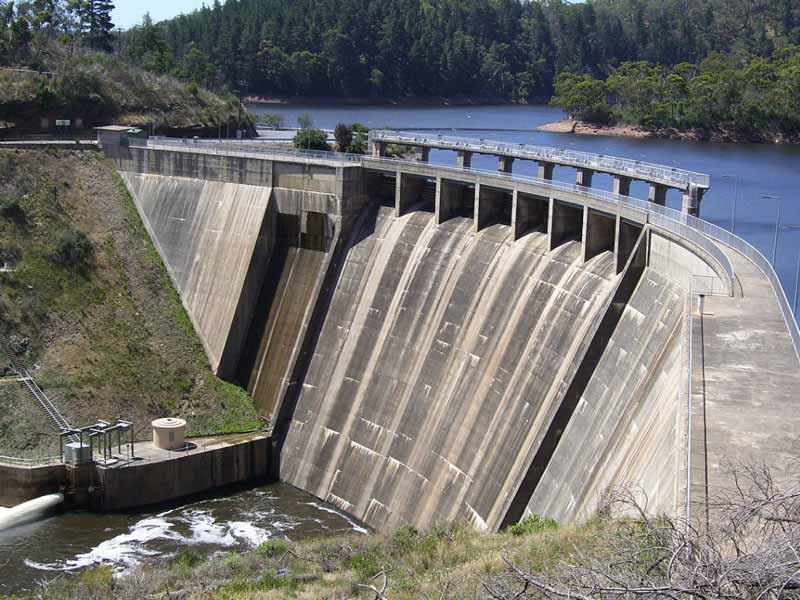 Spillways: The main purpose of the spillway is to provide a controlled release of water flow from the dam into downstream areas. A spillway helps in releasing floods to avoid the water overflow which in turn can damage or even destroy the dam. 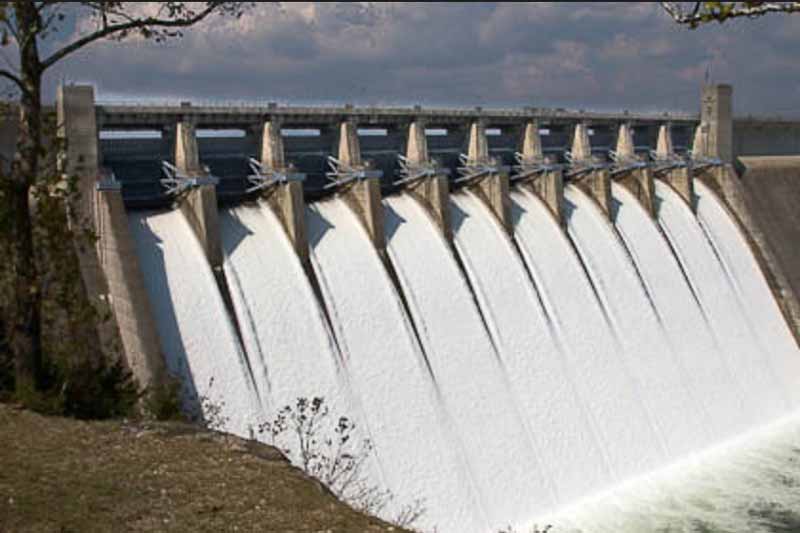 Intake or control gates: They are built inside the dam to control and release water from the reservoir and are also called as inlet gates. Water will be taken to the power generation unit through these gates. When these gates are open, water flows due to gravity through the penstock and towards turbines. Both potential and kinetic energy will be possessed by water while flowing through these gates. 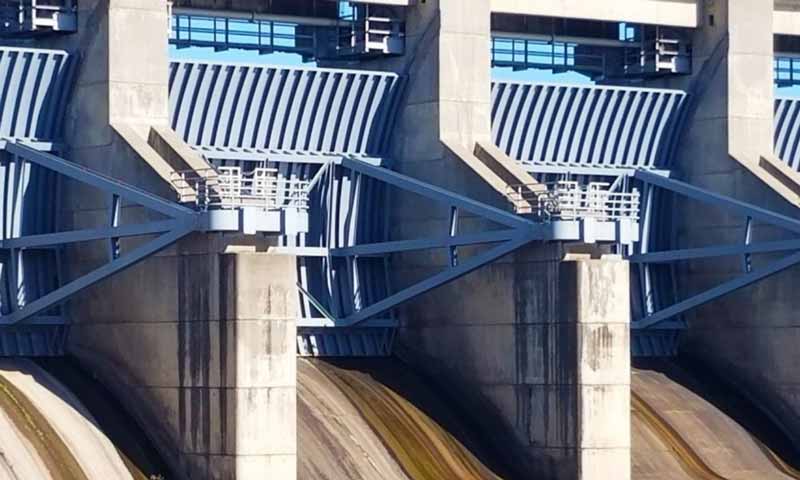 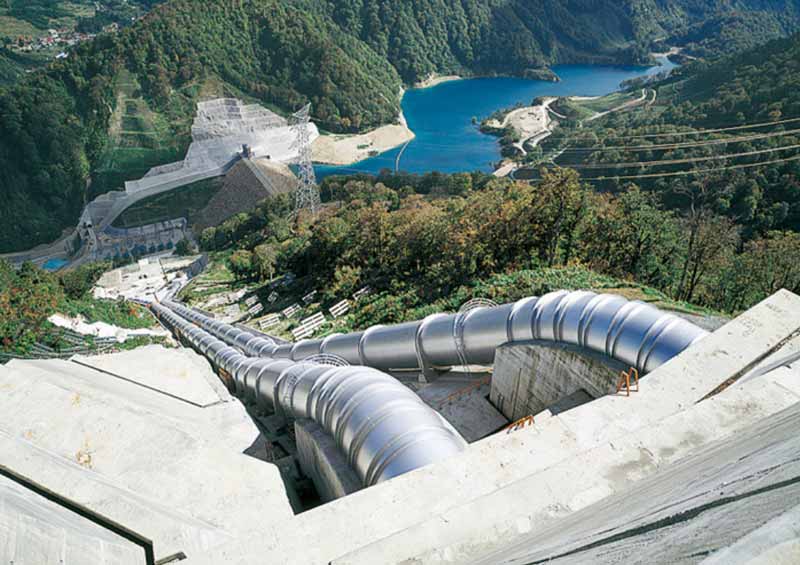 Turbines: Water from penstock enters power generation unit containing a turbine and generator. Water will fall on the blades of the turbine where the potential and kinetic energy of water is converted to rotational energy due to the motion of the blades in the turbine. The shaft of the turbine also rotates due to the rotating blade. The turbine shaft is placed inside the generated. In general, more than one power generation unit is present in a hydroelectric power plant. 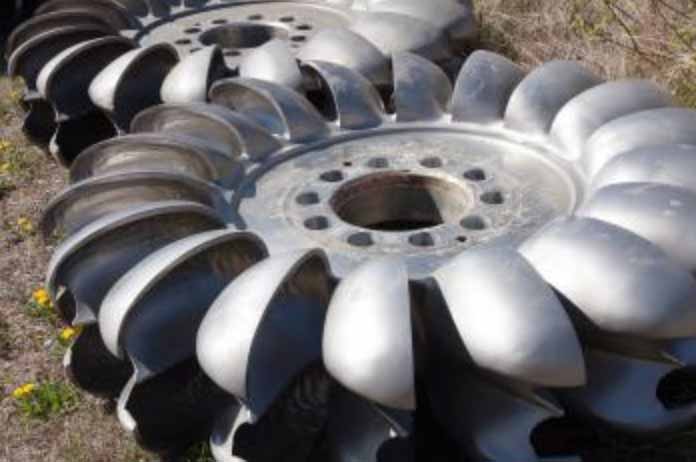 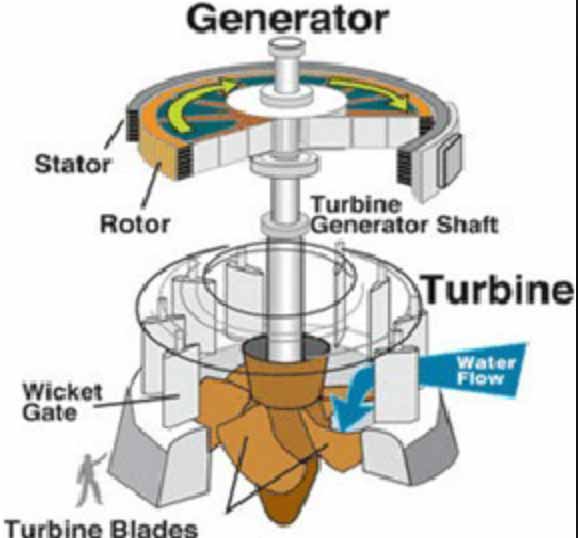 The typical hydroelectric dam is shown in the figure below. Here the potential energy of water is converted into electrical energy. 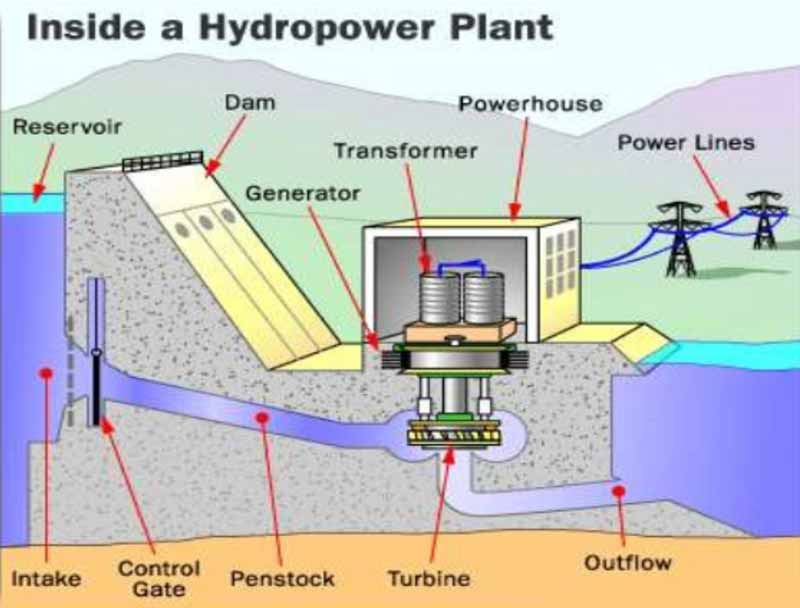